After a three-day trial, the Supreme Electoral Tribunal (TSE, in the Portuguese acronym), in a tight but expected decision, acquitted the Dilma-Temer slate of the allegations of irregularities in the 2014 elections.

After a three-day trial, the Supreme Electoral Tribunal (TSE, in the Portuguese acronym), in a tight but expected decision, acquitted the Dilma-Temer slate of the allegations of irregularities in the 2014 elections. Accompanying the trial closely, Michel Temer will continue in the presidency of the Republic for the time being, working in the proposed reforms that have lost strength in recent weeks in the National Congress, and also in the credibility and stability of the country’s economy.

Brasília begins the week with the repercussion of the report of the VEJA magazine, in which the administration would have asked the Brazilian Intelligence Agency (Abin) to obtain information on Federal Supreme Court (STF) minister Edson Fachin, responsible for the reports on the trial against Temer. Also this weekend, the president of the STF, Carmen Lucia, published a note stating “It is inadmissible to commit a very serious crime against the Federal Supreme Court, against Democracy and against freedom, if the information of illegal violation of the life of one of the Courts’ members is confirmed”. In the same sense, and with the same concern with the Democratic State in the country, the Attorney General of the Republic, Rodrigo Janot, also published a note repudiating the possible actions of the administration against the investigations of Operation Car-Wash. However, the Special Secretariat of Social Communication of the Presidency of the Republic issued an official note on the matter, denying that Temer had used Abin for this purposes.

There are expectations on the possible plea bargain deal of former deputy and former special advisor to President Temer, Rodrigo da Rocha Loures, imprisoned in the Papuda penitentiary in Brasília, and the decision of the PSDB party concernening its rupture with the Temer administration, something that has divided the party, wich holds four ministries in the government. However, both are perceived as not very likely to occur in the short term.

The week, although short in Brasília, will feature the reading of the bill and dissenting votes of the Labor Reform in the Senate’s Social Affairs Committee (CAS) next Tuesday, the 13th. Last week, the project was approved by the Committee on Economic Affairs (CAE), and the bill is expected to be approved next week in both the CAS and the House Plenary, going to presidential sanction in June.

Also in the Senate, there is a deliberation in the Plenary concerning a proposal of Constitutional Amendment that establishes the national Courts of Audit as permanent and essential organs for the external control of public administration (PEC 2/2017), and the Bill amending the Statute of the Elderly, which gives special priority to those over eighty (PLC 47/2015).

In the permanent committees of the Senate, we also highlight, next Tuesday, the reading of the presidential message of the nominee for the presidency of the Administrative Council for Economic Defense – CADE, Alexandre Barreto de Souza, which is expected to be announced next week in the Committee on Economic and Monetary Affairs Economy (CAE); and the possible deliberation, on Wednesday, in the Constitution, Justice and Citizenship Commission (CCJ) of a bill that modifies the process of choosing the ministers of the Federal Supreme Court (PLC 44/2012).

In the Chamber, President Rodrigo Maia (DEM/RJ) guarantees that the Pension Reform is a priority and will be approved in the first half of the year, but he does not confirm the voting schedule of the matter in plenary. We highlight in the Plenary the project that allows the control of national airlines to be held by foreign capital companies (PL 7425/17); recalling that opposition parties continue to block the agenda in protest against the Temer administration. The Proposal do Ammend the Constitucion (PEC) 70/2011 will be considered in the Plenary of the House today (12) – it changes the procedure of assessment of provisional measures by the National Congress.

On the same day, the Commission for Science and Technology, Communication and Information Technology (CCTCI) will hold a hearing on the impacts of the end of the payroll tax relief policy for the information and communication technologies sector (TICs), in which were invited the Minister of State of Science, Technology, Innovations and Communications, Giberto Kassab; the Minister of State for Industry, Foreign Trade and Services, Marcos Pereira; and representatives of the Federal Revenue Service of Brazil (RFB); the Association for the Promotion of Excellence in Brazilian Software (Softex); of the Federation of Associations of Brazilian Companies of Information Technology (Assespro); of the Brazilian Association of Software Companies (Abes); of the Brazilian Federation of Telecommunications (Febratel) and Senator Airton Sandoval, rapporteur of Provisional Measure 774/2017 that deals with the subject.

Congressional meetings of the commissions that analyze some of the provisional measures are also scheduled to be held in Congress, such as: MP 773/2017, authorizing states and municipalities to compensate for constitutional limits; MP 782/2017, which gives ministry status to the General Secretariat of the Presidency of the Republic; and MP 783/2017, which establishes the Special Tax Regularization Program. 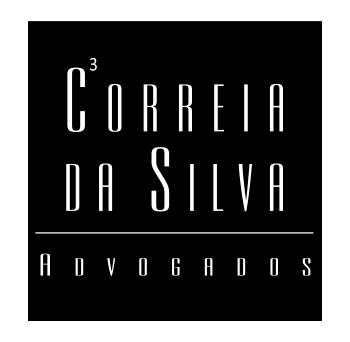